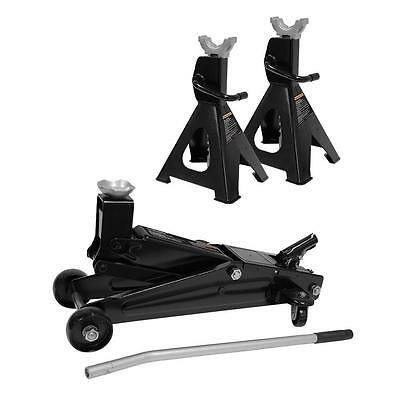 We all are aware of the concept of jack in the car, why it’s being used and why it is so significant. Whenever, we indulge ourselves in a situation where the tire change is needed; there is no way to handle this without a jack. Now the question is, if a normal jack is sufficient enough to lift something that heavy? And heavy means trawlers, tankers, trucks and other HTVs? The answer is it is impossible to manage such a heavy load with a normal jack, as a result emergency of heavy duty jacks are required for the lift of trucks and trawlers. To be specific 2 ton is considered as a normal load range for which the jack is labelled as suitable. There are some names which are prominent in the field of truck jacks such as: Alltrade 4000 lb., Torin, proLift etc. there are so many other names which can be mentioned here but the before mentioned are considered as pioneers. It is essential to understand the need and weight of the vehicles without which, selection of a suitable jack is almost impossible. There are some dos and don’ts related to the usage of a truck jack which are elaborated below:

Do not place a jack other than the guided spot under the HTV as it may harm the body or the spare part under the vehicle.

Do not place a jack on an uneven surface, check the surface of the ground and then place the jack responsibly. It will reduce the chances of slipping of the vehicle plus it is much safer to handle a jack on an even surface.

Do not try to pull the jack liver when the vehicle is armed, which means it would not be a feasible option to move, adjust or try to fix the position of the truck jack when the HTV is on it. As it may be a fatal experience.

Do not consider the truck jack as just a lifter of the HTV because it is also responsible to hold the vehicle safely and still till the complete process is done.

Do not oil the jack parts right before using it under the vehicle, or else there is a chance of slipping the vehicle badly which may harm the body and may be dangerous for the life of the person lifting.

There are so many other things which one has to consider while buying a jack for the truck, it is highly recommended to buy something quality and branded or else it may cost more than just a jack. As it happens that trawlers and trucks are dependent solely on the jack when the process of tire changing is going on.

We use cookies to ensure that we give you the best experience on our website. If you continue to use this site we will assume that you are happy with it.Ok